The other day I did something I have come to love: I plopped a big ol’ hunk of meat in my slow cooker and walked away.  I so love my Crock Pot.  I had picked up a gigantic piece of boneless pork shoulder from Costco, and divided it it up.  I vacuum sealed and froze half, and rubbed the other half with a good all purpose seasoning mix from The Spice House called Old World Central Street Seasoning.  Because the pork shoulder was so large I knew I would end up using leftovers to make other dishes.  That’s why I choose a good all purpose seasoning that would flavor the meat without limiting its use in other recipes.

I let the roast sit overnight the refrigerator, then shoved it into the Crock Pot on a bed of sliced onions.  I say shoved because even though I have a 8 or 10 quart pot, this piece of meat was so big I had to kind of massage it into the pot!  The pork came out so tender it fell apart as I tried to take it out of the pot.  And as predicted, we had pork with rice, pork sandwiches, pork with noodles and this recipe: The “Triple P Pizza” aka Pulled Pork Pizza.

Following the directions on your pizza dough, roll it out to form a large rectangle or circle.  Because my dough started out square, it was easier to roll into a rectangle.

Mix 1/2 cup of BBQ sauce with the pork and set aside.  Pour the remaining BBQ sauce onto the dough and spread it completely over the entire surface.

Top the sauce with 2 cups of shredded mozzarella.

Place the pork on top of the cheese, then top with the caramelized onions.

Top the pizza with the remaining 1 cup of mozzarella cheese.

Bake the pizza for 15 – 20 minutes until the cheese is melted and lightly browned.

Pulled pork sandwiches are traditionally served with cole slaw on top of the pork, but I couldn’t envision cole slaw on the pizza.  But once I ate the pizza I actually thought that a bit of crunch and tartness would go nicely on top of the pie.  I may remake this (you know I have a whole lot of pork shoulder still in the freezer) and try it with the cole slaw on top.  I’ll update the post when I do.  If you make it and try it with cole slaw, please leave a comment and let me know how you liked it.

*To caramelize an onion, slowly cook them in a skillet over a low flame in about 2 -3 tablespoons of butter until golden brown and sweet. 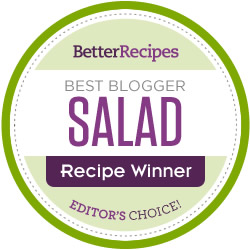